I wanted to share a few pics from that *one time* we saw snow in San Diego.

Living in a state of perpetual sunshine is a dream — but it does get monotonous after a while. I don’t want to complain about it though because I know most of the country bas been battling severe cold, meanwhile today I went out to get my mail in shorts and a T-shirt.

Thankfully, this January in San Diego has been pretty chilly, cloudy, and rainy. TBH it’s been amazing.

The rainy/chilly weather here has provided ample opportunity to practice hygge (one of my resolutions, see HERE!), stay cozy inside, work on the house, and get stuff DONE.

A couple weekends back I was perusing my “weather app” on the iPhone, as anyone who’s craving snow does, and saw the magical little snowflake symbol appear under “Mount Laguna”. For those who don’t know, Mount Laguna is a foresty paradise just about 45 minutes outside of San Diego. You can see a blog post I wrote on it HERE.

I had heard that when in snows in Mount Laguna, people go NUTS. There are lines of cars winding up the mountain as city folk desperately try to navigate driving in .5 inches of snow. People savagely race to get to untouched plots of snow first. And folks trespass onto private property, in a constant search of fresh powder. Given this info, Michael and I decided to try and get to Mount Laguna early in the morning so as to see as much snow as possible…

…andddd we rolled up around 10am (so not that early LOL), and the place was already swarming with minivans and priuses. The little bit of snow was melting FAST — it was a frenzy to find a parcel of snow big enough to have Shadow play in

I kept thinking how ridiculous this hunger-games-snow-edition frenzy all was — growing up in Ohio we had tons and TONS of snow. As a kid I was often tasked with shoveling our long wrap-around-the-house driveway. I would pretend to be put out by this unpaid chore (what’s an allowance anyway?), but secretly loved the monotonous drudgery that is shoveling snow.

Alas, here in Southern California snow is a rarity.

I find myself frequently comparing California to the other states we’ve lived in, my harsh judgement regularly ranking it beneath my beloved Midwest. Be it the taxes, the traffic, the politics, or high cost of living: the Golden State can be wearing if it’s a place of residence, and not a week long vacation spot.

With these thoughts of how frustrating California can be still in the back of my mind, we made our way down the mountain from Mount Laguna and headed towards the coast. Within an hour we had left any thought of snow behind, and were well on our way to the sandy shores of Coronado.

Trying to compare San Diego (or whatever city we’re living in) to what I know and love will always result in disappointment. Fellow military spouses know this all too well — we live as nomads, claiming a place of residence for a few months or a few years while our spouses serve. We take the good and the bad and we make it our own. Carefully accentuating certain aspects of a city that we like, and minimizing the ones we don’t.

No, we don’t have much snow here in San Diego. But we do have some of the most enviable weather in the country. We have beach towns that dot the coast, each with their own distinct personality and character. We have lots of tacos. We have deserts and mountains within an hour’s drive. We watch sunsets at Sunset Cliffs.

We’re really grateful for our time here in San Diego — we know there’ll be years ahead for us to have true snowy northern winters.

Like all things in life, it’s what you make of it (SO cliche ugh I’m cringing as I write this!! but so true). So as for me and my crew, you can find us at the beach or the desert, making the most of this San Diego lifestyle.

P.S. I always get questions about Shadow’s harness!! I use this harness for night runs (it’s SUPER reflective), and adventures when I want more control. For this hike we were on a lot of cliffs and it’s much more reassuring having her in a harness. You can find it HERE. 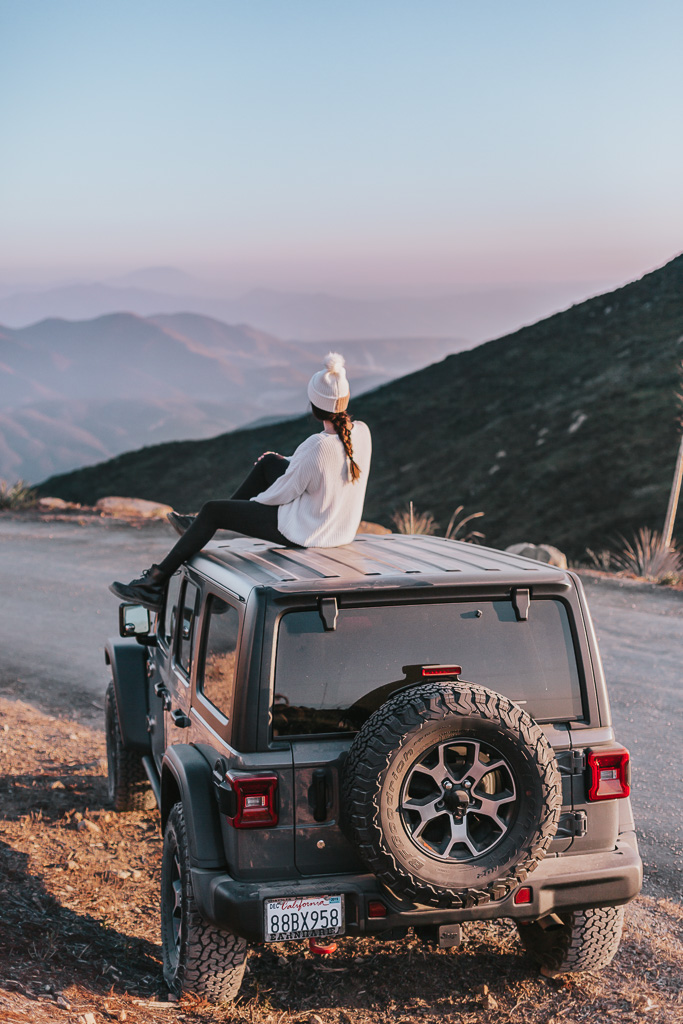 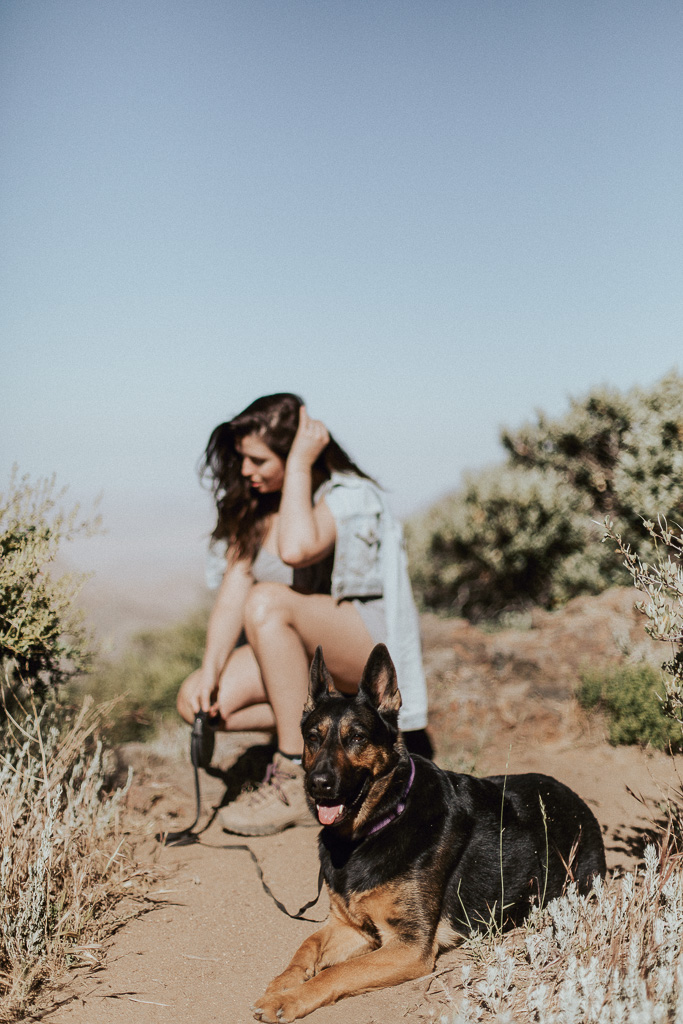 A day in Mount Laguna 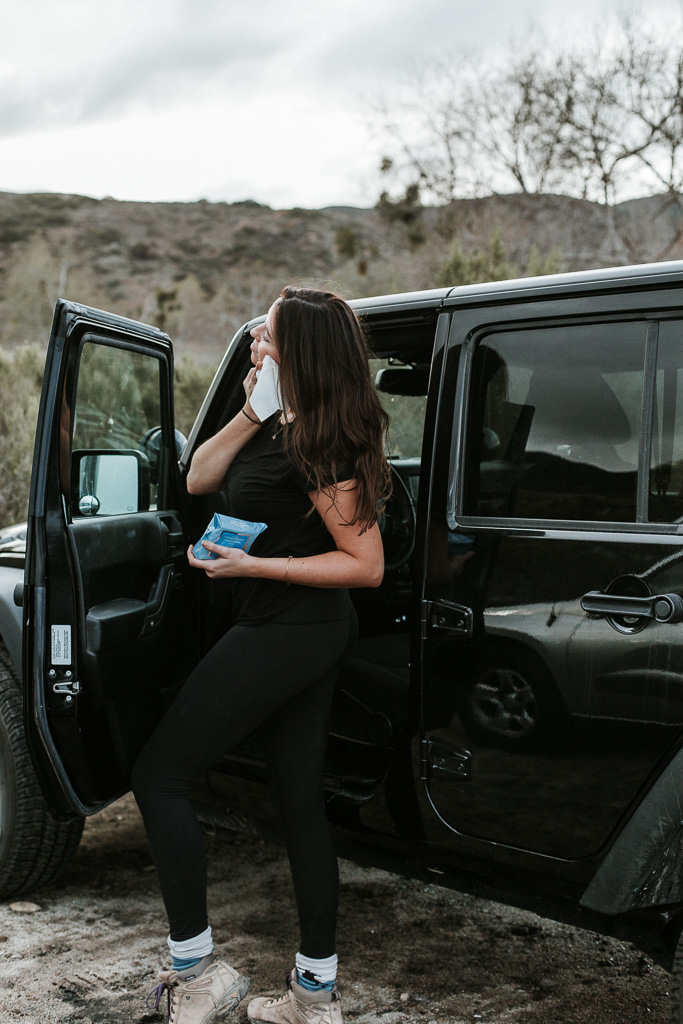 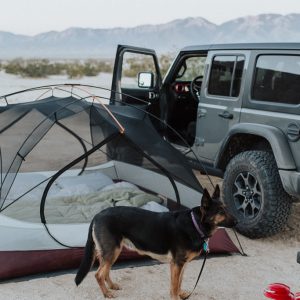 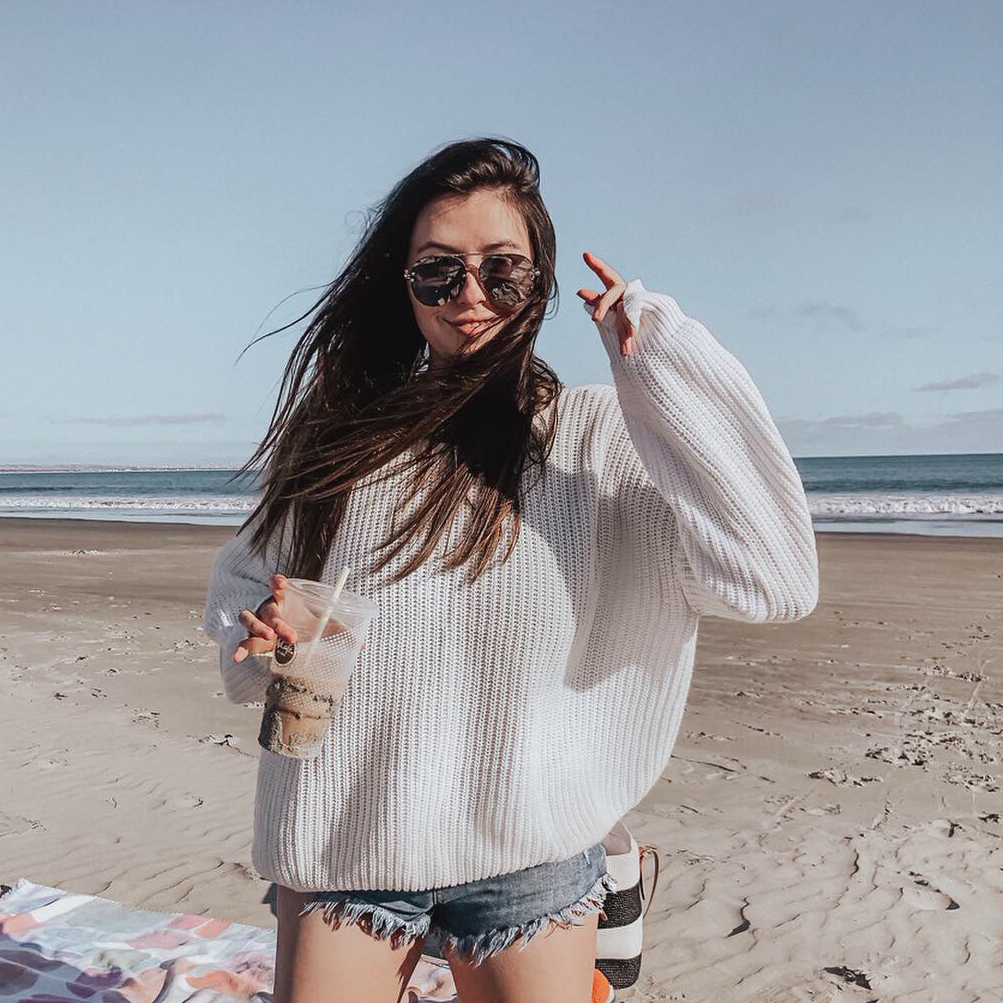