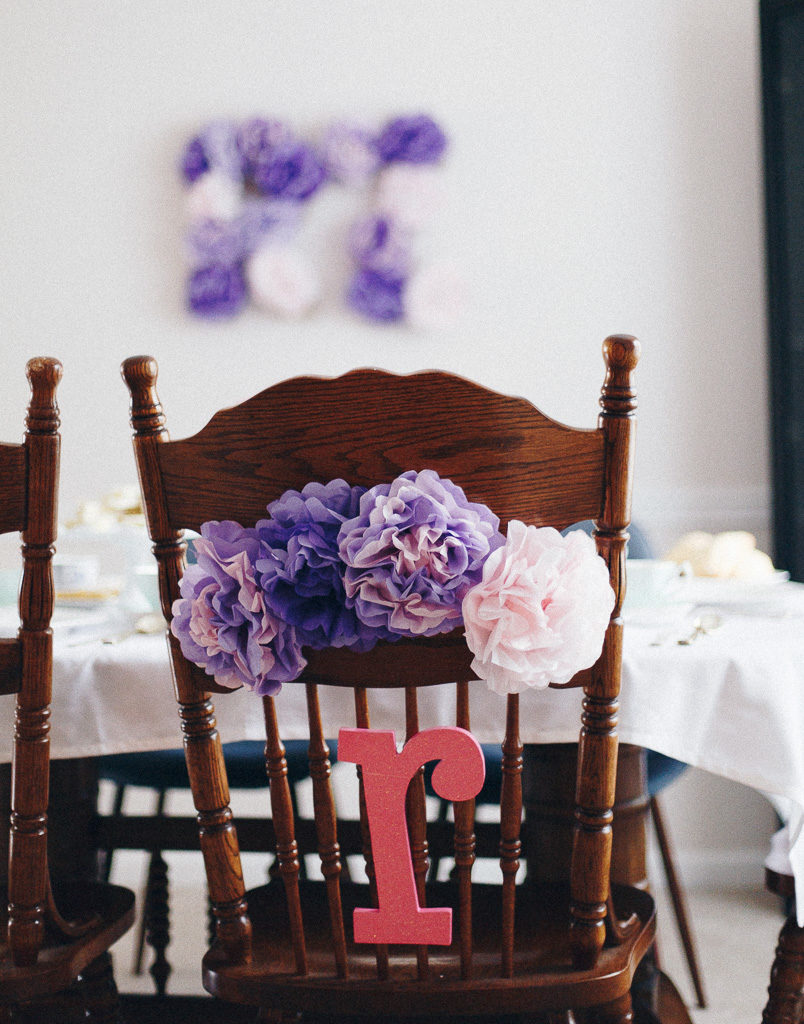 If you follow along on INSTAGRAM then you probably saw I hosted an intimate tea party bridal shower a couple weeks ago! I looove hosting showers for friends — as a bride, I was so grateful to have a beautiful bridal shower thrown for me so now I like to pay it forward! If you’re looking for bridal shower inspiration, you can see others I’ve thrown here, here, and here.

This shower was for a sweet friend of mine here in Virginia who’s getting married at Disney! I thought a tea party would be fun because it’s so whimsical. For this tea party I of course turned to PINTEREST (my party planning board, HERE) and got some major inspo. If you’re looking for bridal shower ideas (especially tea party ideas!) I’ll be outlining a few of the things I did ♥

I’ll be linking everything I used for this shower below! A total lifesaver was this gold disposable flatware set. 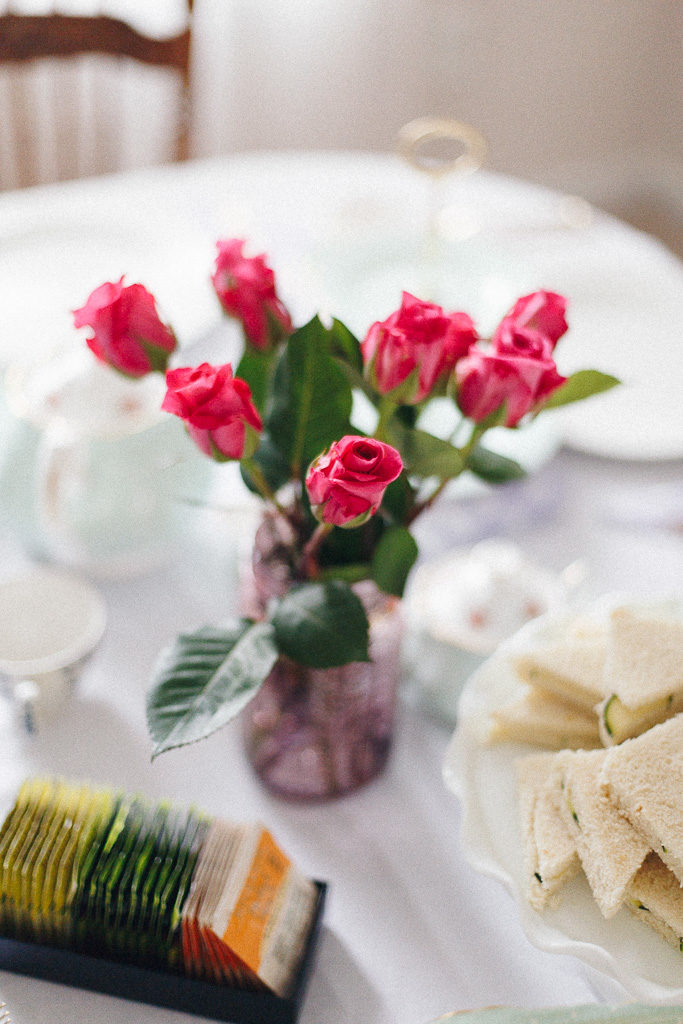 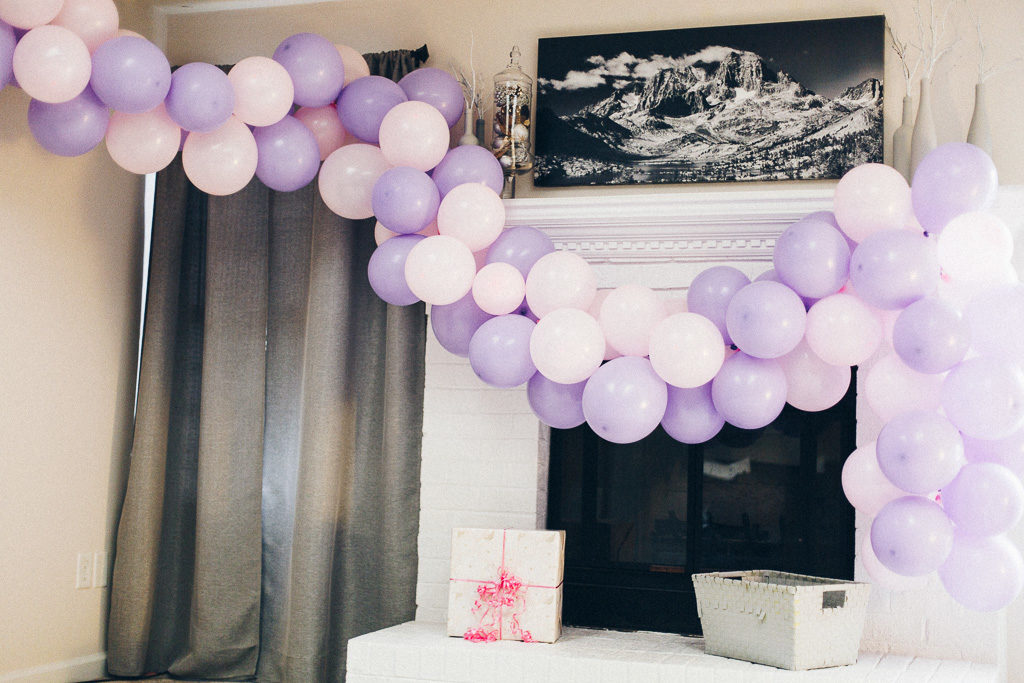 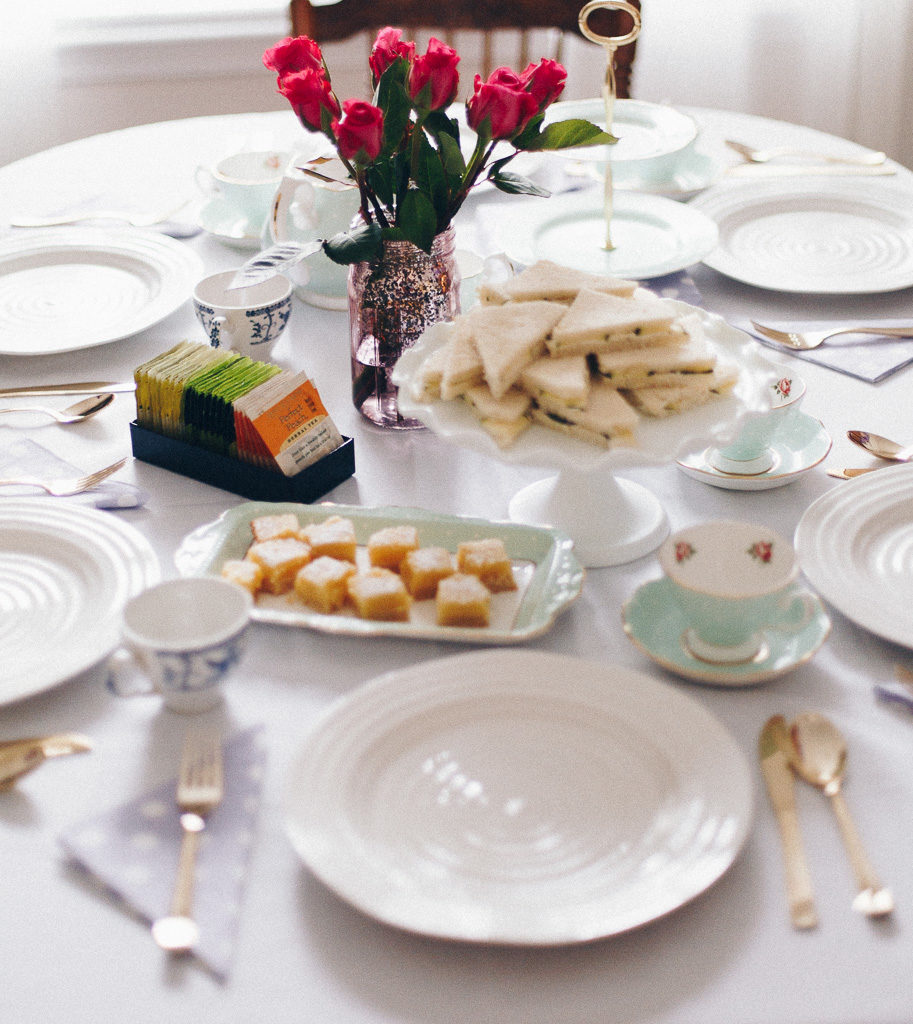 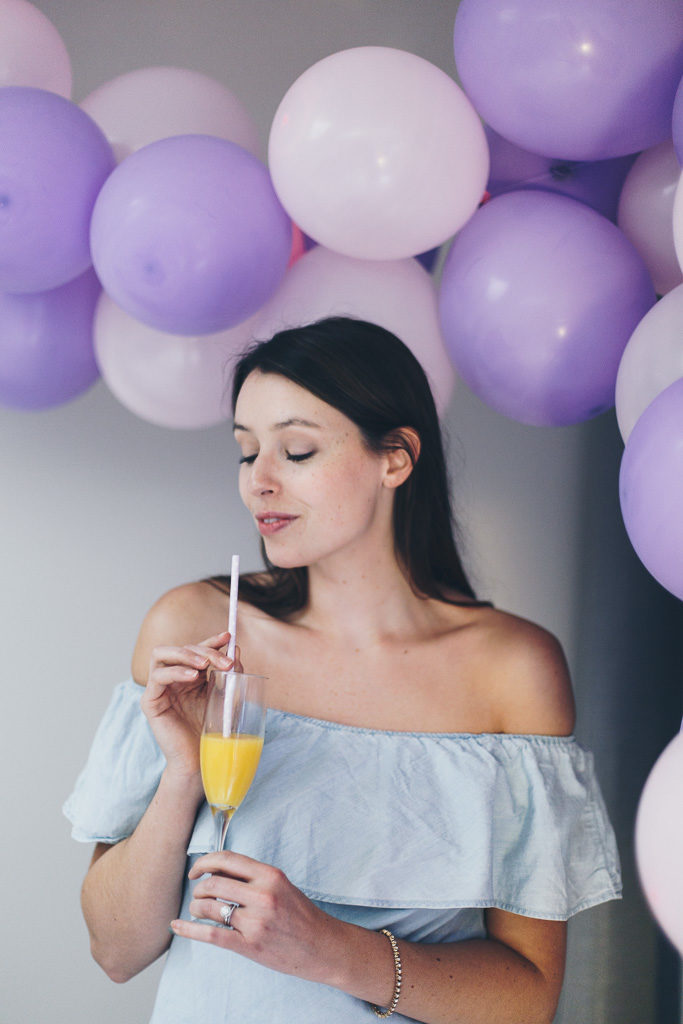 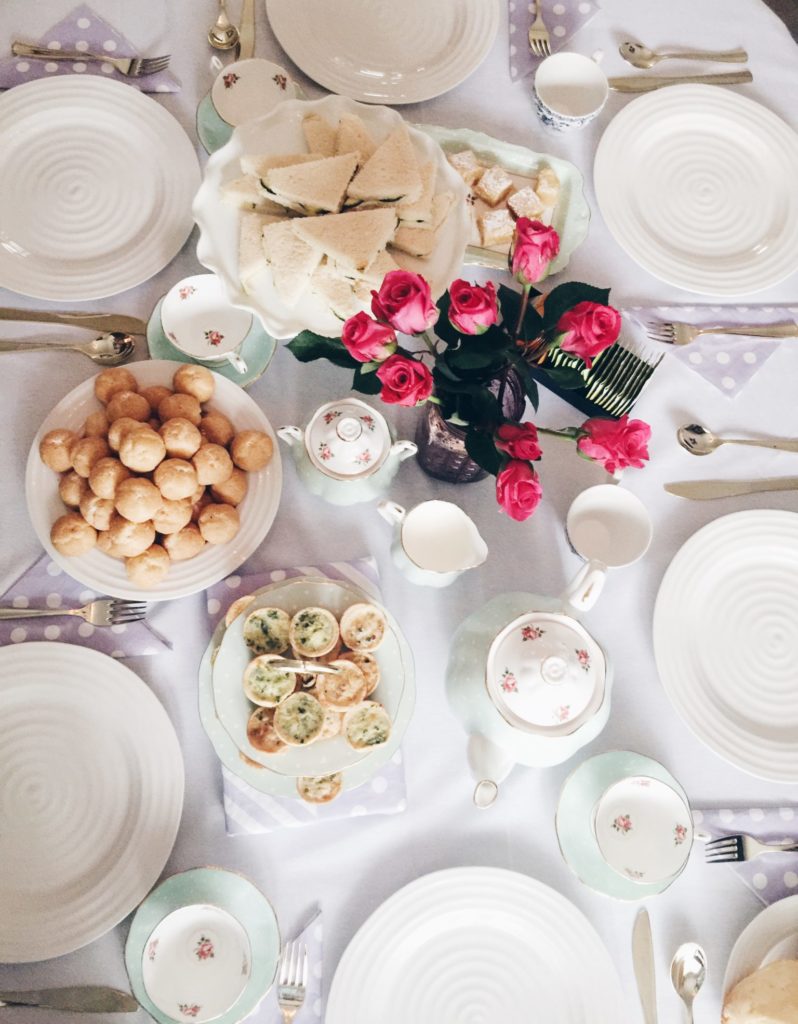 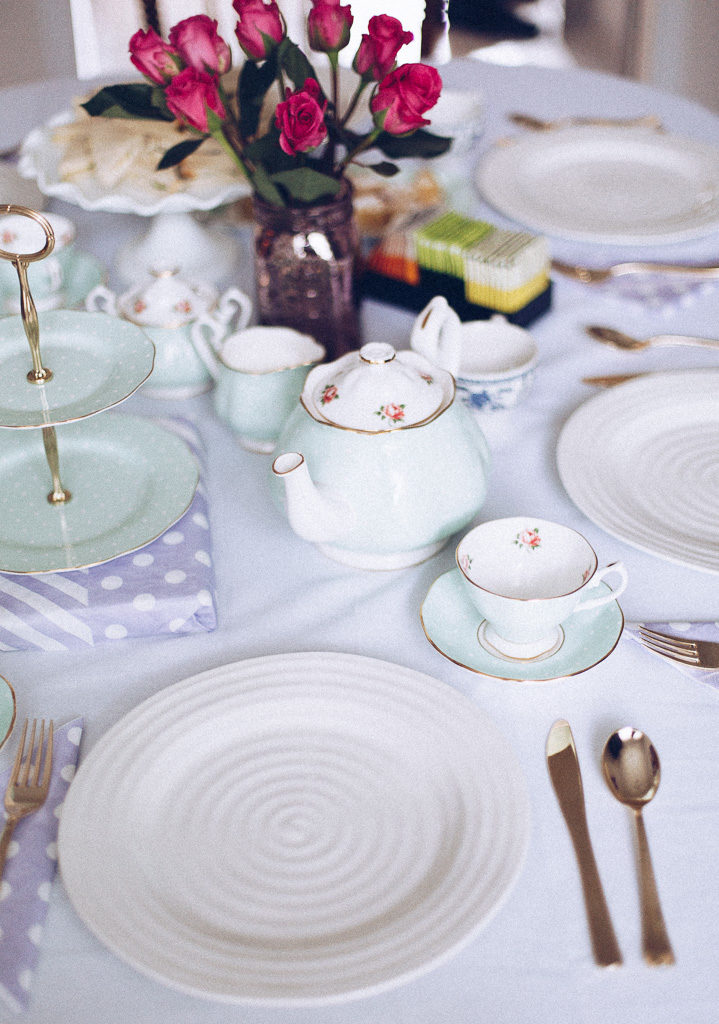 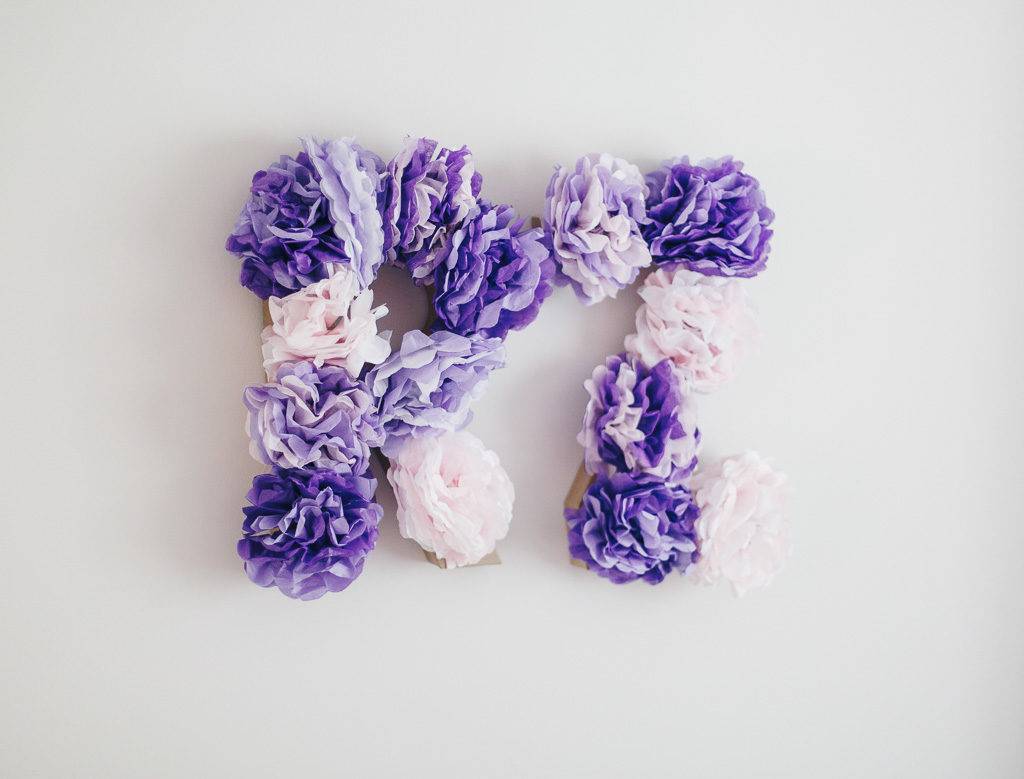 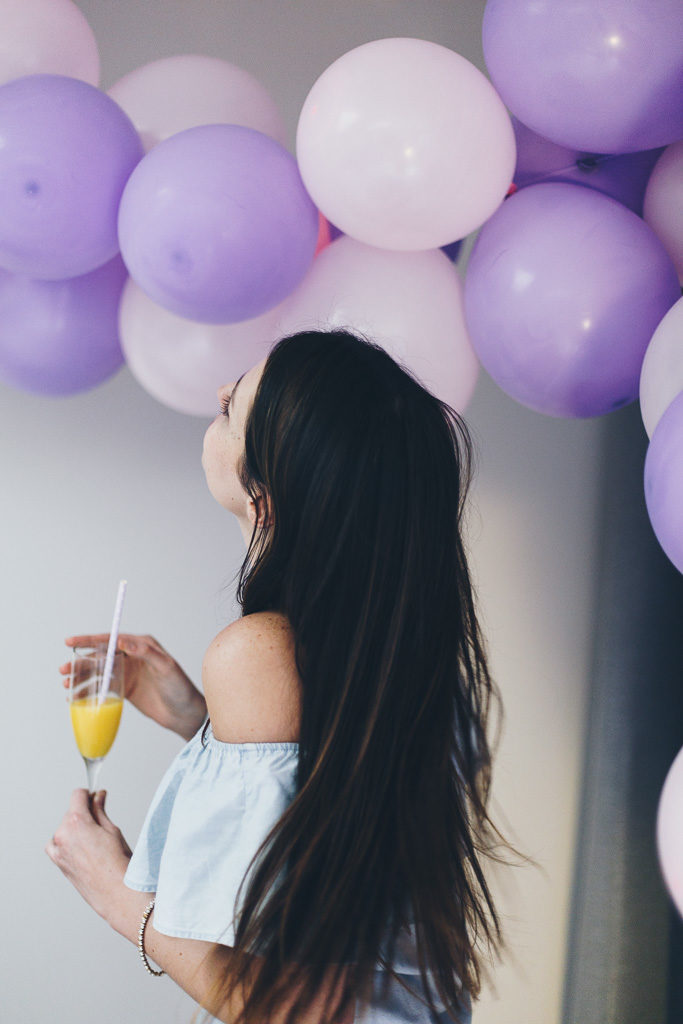 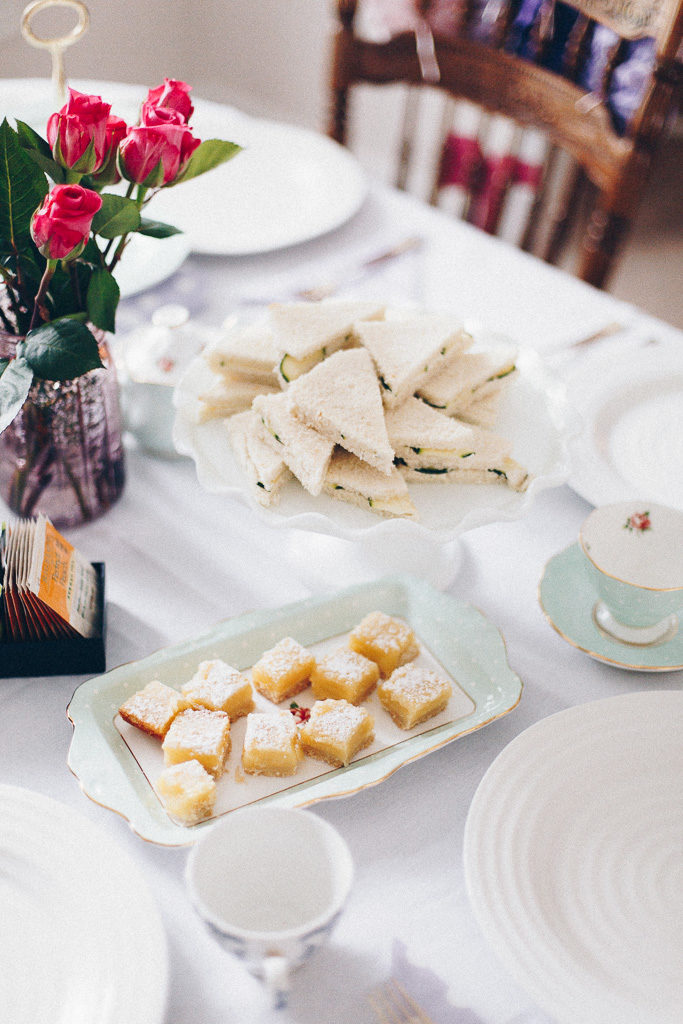 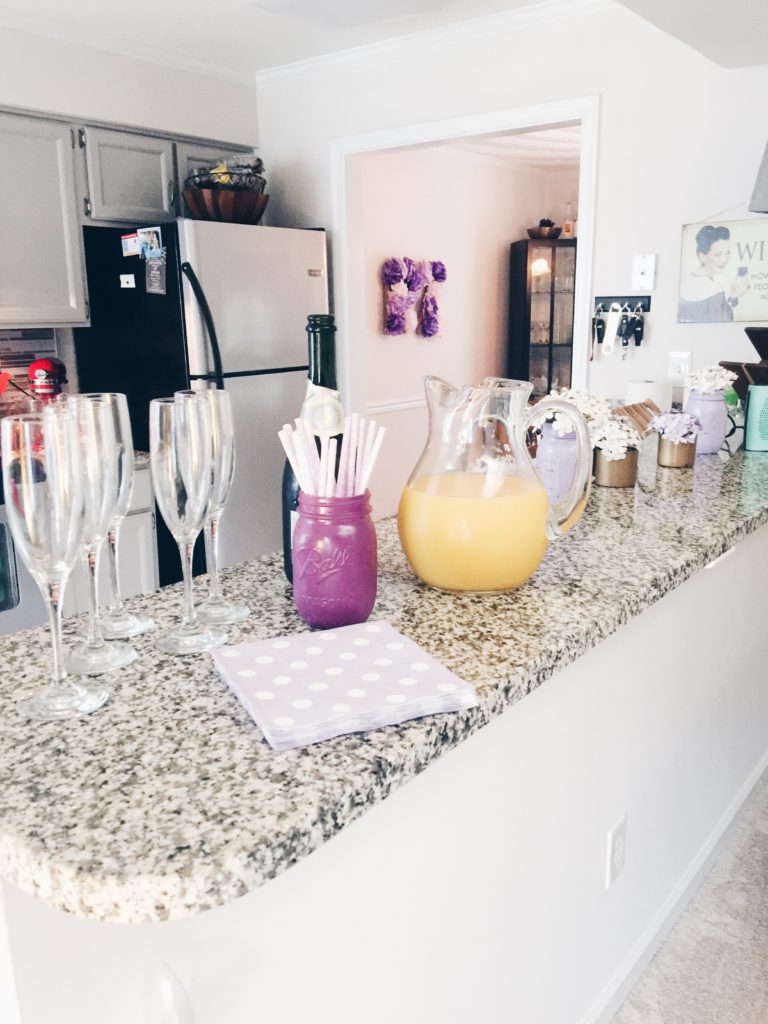 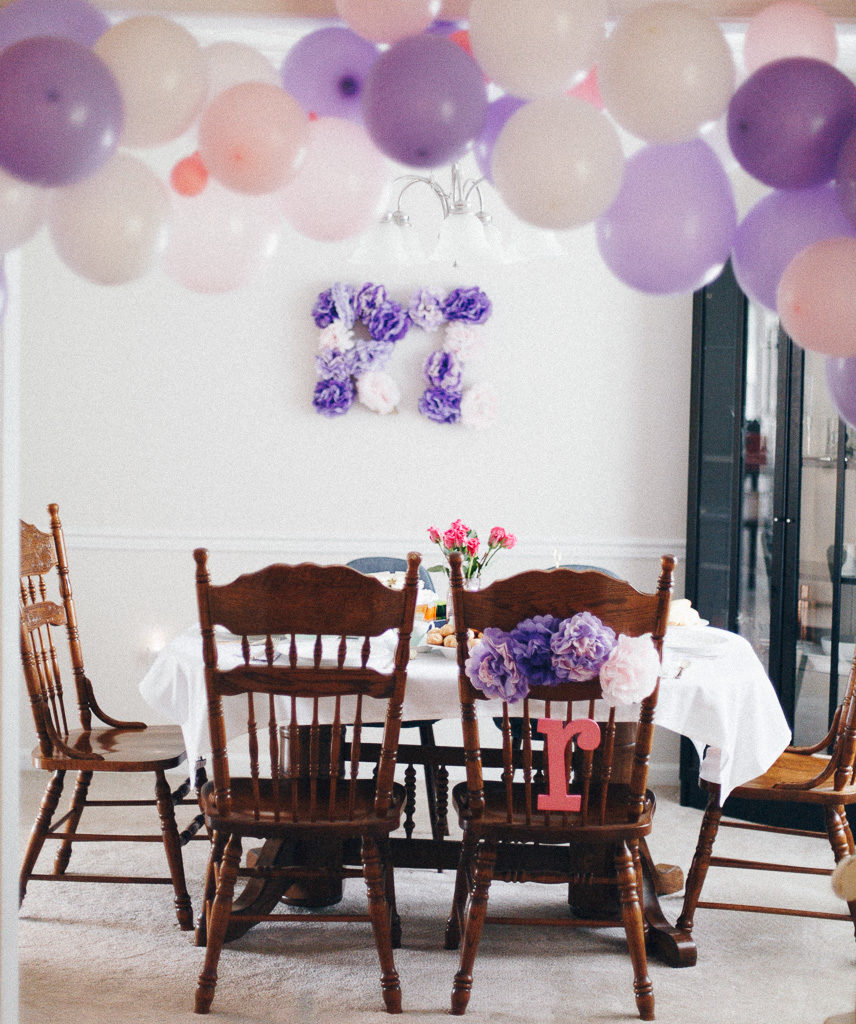 one | BALLOONS
I got the idea to use balloons solely from Pinterest! You may have noticed in recent years that balloons have become a totally acceptable and chic way to decorate for an event. When I first told my mom I was going to make giant balloon archways she thought it sounded like something for a children’s party! But like I said, using balloons to decorate is a definite “do” right now.

If you’d like to create balloon archways, you’ll need fishing line, balloons (duh. I’d get several coordinating colors), an air compressor (I’ll go into more detail about this later on), a knife or scissors, and thumb tacks. To blow up this many balloons you HAVE to have an air compressor or some kind of balloon pump. Thankfully we just installed an air compressor on my jeep! If not, you will be blowing these things up for hours and you’ll probably pass out. After they’re all blown up you’ll get your fishing line and knife, and slowly string the fishing line through all of the balloons. To do this you’ll use your knife to cut a little hole into the bottom of the balloon. There’s no need to arrange them that much because they’ll naturally start to bunch together. Once you have them all on the fishing line you can bend the arch into anything you want. We secured the arch by then attaching another piece of fishing line to the arch, and attaching the second piece of line to the wall via a thumbtack. I hope that makes sense — kind of confusing to explain!

Michael and I blew up the balloons the night before and they lasted for 4 days! …so there’s no need to worry about them deflating. Since this shower was hosted in my home, I wanted to make the event space feel transformed and I think the balloons really did just that! Not to mention they are a huge money saver.

two | TEA PARTY FOOD
Since this was a tea party there of course had to be tea sandwiches! For these tea sandwiches I used a white bread, borsin cheese spread, and thinly sliced cucumbers. Make sure to cut off the crusts and cut them into dainty triangles. Save your sanity and buy some things premade from the grocery store (at least that’s what I always do…) I bought a bunch of adorable premade mini quiches that were a huge hit and so yummy. Other finger foods included orange scones, homemade lemon bars, and eclairs. I always appreciate it when a host serves easy to eat food so I try to remember that whenever I’m hosting 🙂

three | INTIMATE PARTY VIBE
This party had some of the bride’s closet friends here in Virginia and that gave it a cozy intimate feel! It was so refreshing to be able to just sit down and chat instead of mingling with dozens of people you don’t know. If you’re hosting a shower and know it will be of a smaller size I’d def recommend having a tea party theme! I attended a tea party for one of my cousin Amy’s bridal events before her wedding and loved the intimate feel! 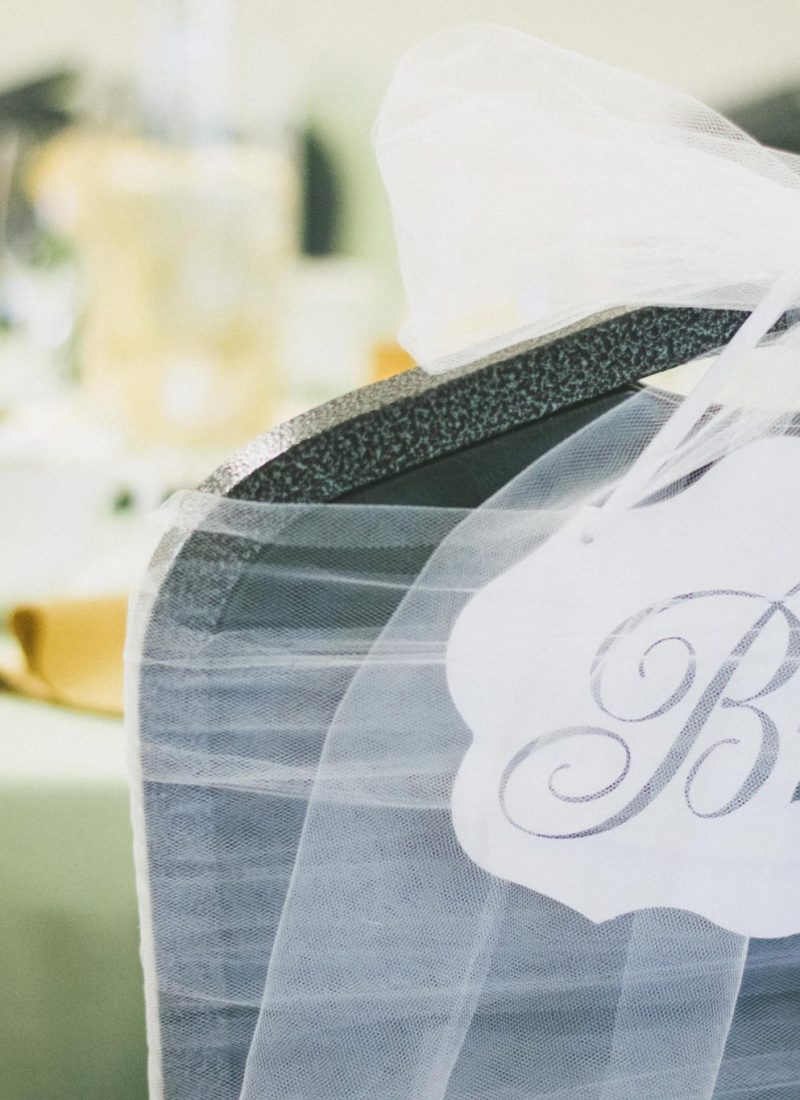 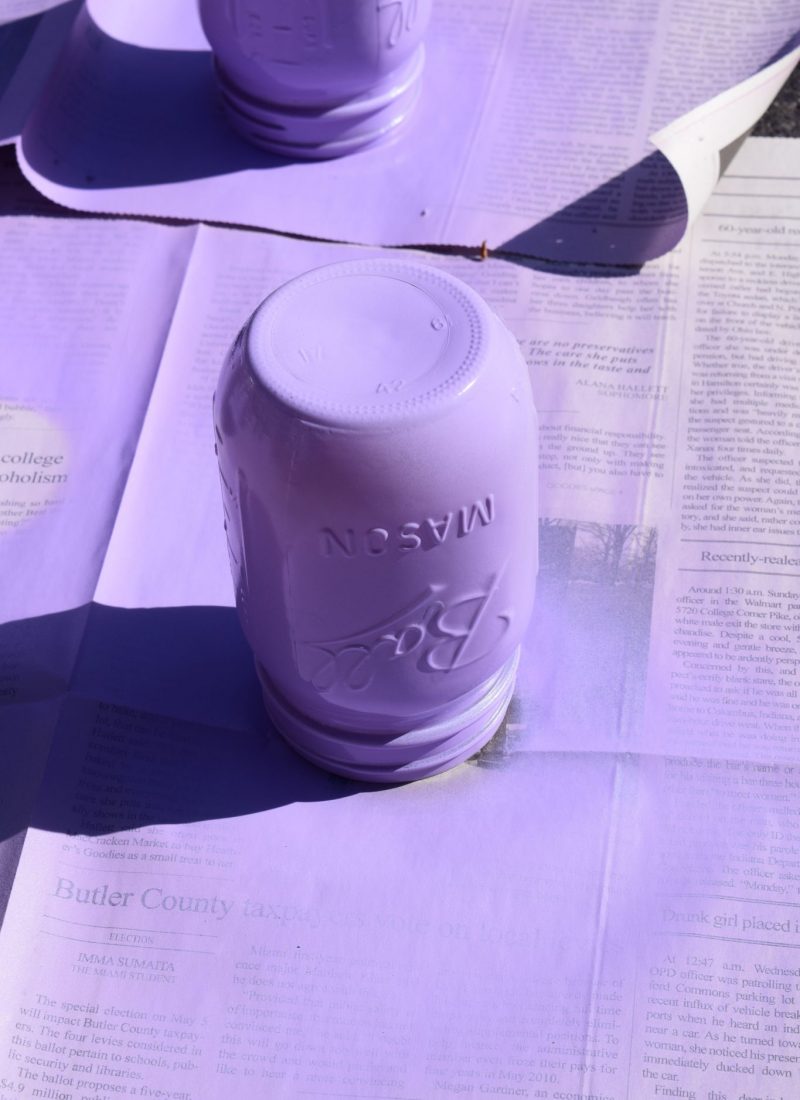 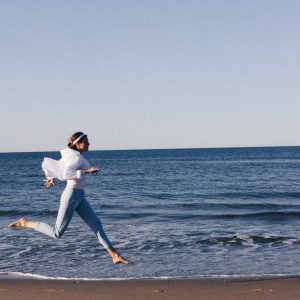